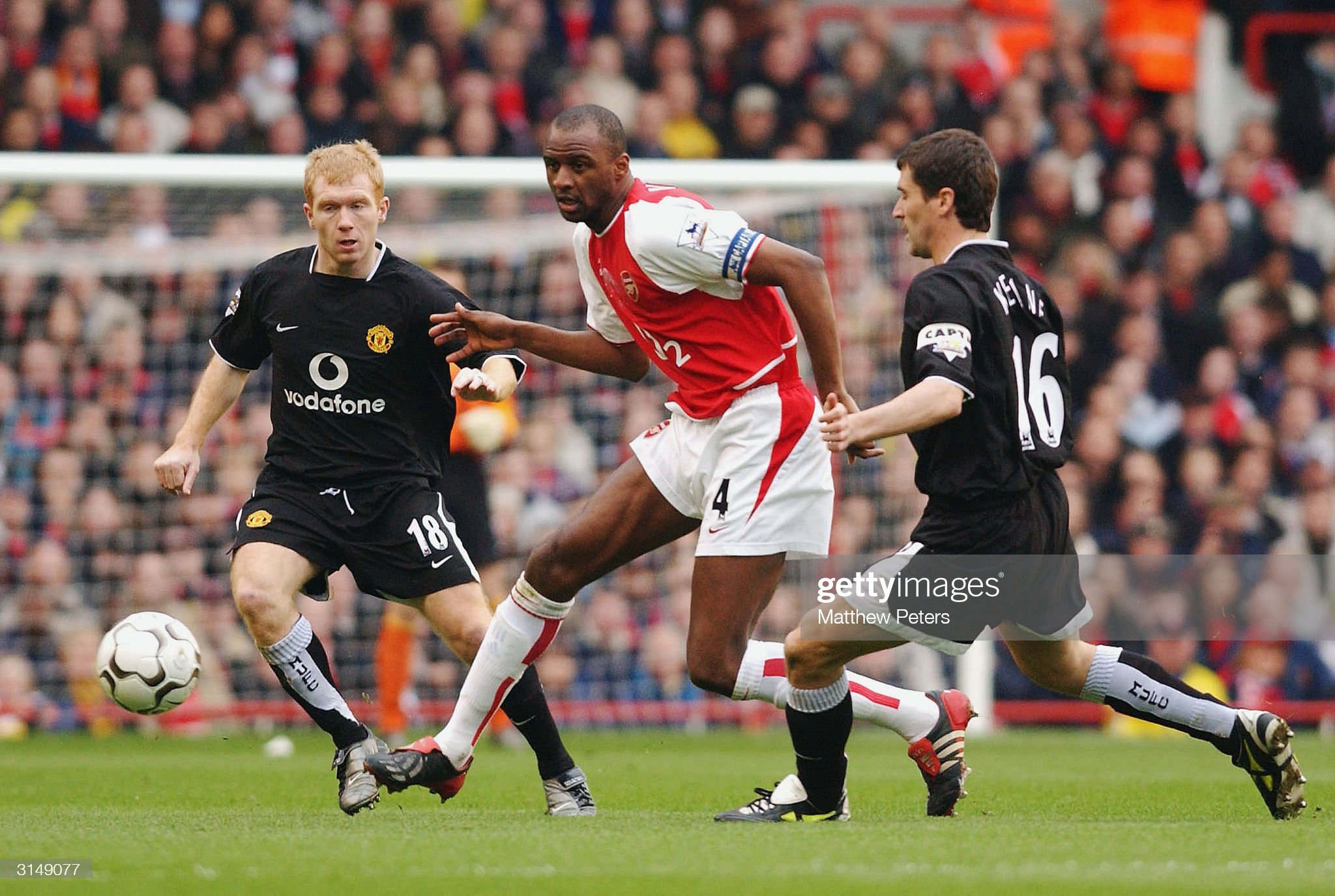 When you think of the greatest football rivalries of all time, Patrick Vieira vs Roy Keane will always be up there. From the late 90’s to the mid 2000’s, it was always a two-horse race to the title.

The most memorable clash between these two captains was at Highbury in 2005, know as the ‘tunnel incident’. The game hadn’t even kicked off yet and Keane was chasing after Vieira down the tunnel. Watching back now you get a real sense of the tension, symbolic of a true rivalry between those great teams.

Which player was better? We won’t attempt to settle that debate. But the quiz below will compare the two legends across a number of different stats.

Once you’ve completed the quiz below, be sure to check out some of our other football quizzes.

You will have 5 seconds to answer each question, good luck!

#2. Which player received more red cards during their career?

#4. Which player scored more goals during their career?

#6. Which player has won more matches against the other?

#7. "He would rather die of exhaustion than lose" - This quote was said of which player?

#8. Which player won the most Champions League trophies?

#9. Which player got into the PFA team of the year the most?

#10. Which player won more international caps for their country?